At the main entrance to the Sanctuary of the archaeological site in Eleusis, the north gate of the Lesser Propylaia, which was built 54 B.C., you can find ancient wheel grooves in the ground which allowed carriages to pass the gate without causing any damage. I took the imprint of these ancient grooves together with the conservator Dimitris Selimis, using traditional archaeological methods. The grooves are used as a mould and thus, the positive of the already existing negative is created. GROOVE2000 is a refill of the material carved out over centuries, more than 2000 years ago. It is the manifestation of ancient ephemeral actions carved into marble. The objects are the visualisation of these ephemeral actions, the counterpart like a missing puzzle piece to the hollow form.

The work was part of a show resulting from the Initiator residency within the context of Eleusis2021 as part of the European Capital of Culture programme. The one-month residency in Elefsina was guided by Eleni Riga, contemporary art director of Eleusis 2021 and focused on public installation art. The project was coordinated by Vasilis Saltas and curated by Anne Langlois from 40mcube and Benôit-Marie Moriceau from the Mosquito Coast Factory. Thank you Dimitris Selimis for your expertise.

GROOVE2000 | 2018 | archaeological site Eleusis (GR). Taking the imprint for GROOVE2000 at the north gate of the Lesser Propylaia, built 54 BC, together with Dimitris Selimis during the INITIATOR residency for European Capital of Culture 2021. Photo by Cham Lavant. 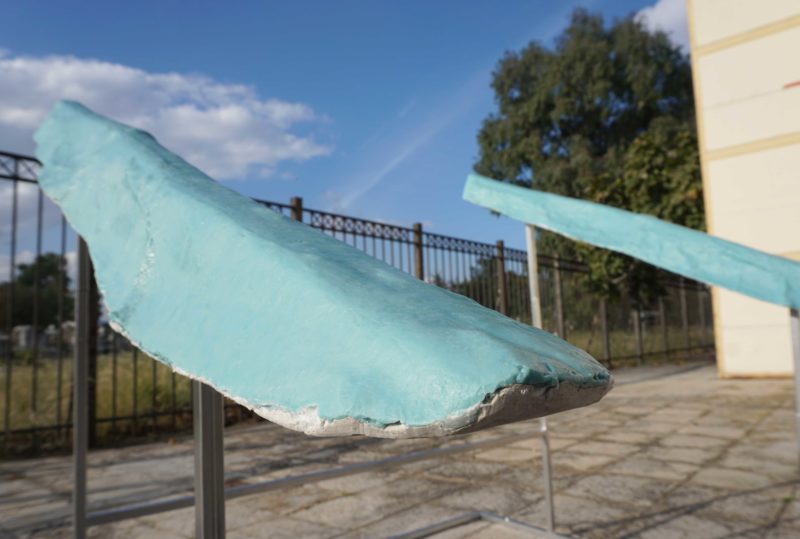