AFFA introduces new rules and turns around the ways of moving.
The artist takes off in her own driveway, runs her car accross the street to the neighbour´s garage, backs up in the street and again into her own driveway. She stops at the point of departure, where the Volvo can be seen in the picture.
The snow is compressed by the weight of the car; it is condensed by the artist´s action, and a linear drawing evolves.
The action is continued, as Sophie Innmann removes snow.
With a shovel, she erases the loose snow next to the compressed snow, establishing a drawing in her driveway, the sidewalk and the neighbour`s driveway.
In a reversion of the original compaction process, a “negative” is created.
AFFA is based on an observation: when cars drive on snow, the snow usually disappears where the tires touch the ground but it stays everywhere else.
AFFA uncovers another possibility and reveals a new visual space. 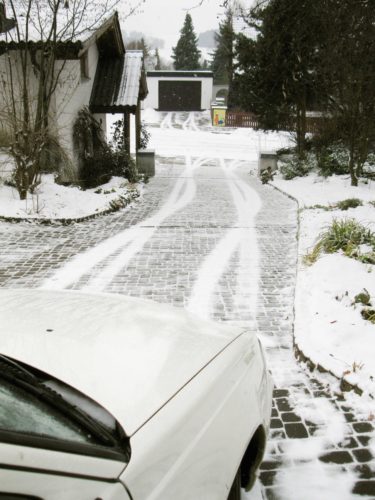 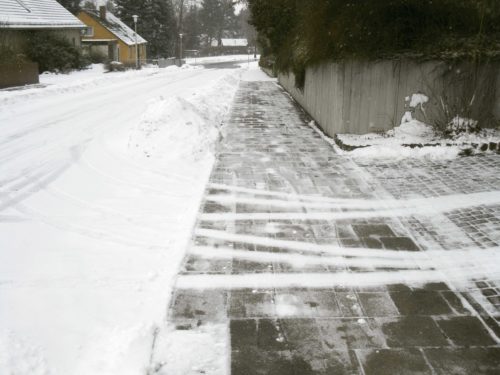